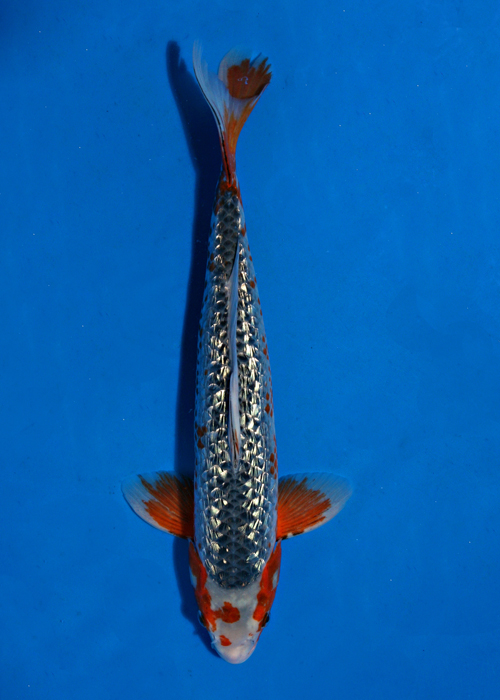 A denim blue koi with a white belly and red or orange markings.

The Asagi is considered to be one of the oldest koi varieties. The blue mutation was discovered by a koi breeder, who found an unusual looking fish in a group of carp being sold as food. This variety was later used to develop varieties such as the Goromo, Matsuba, and Kujaku.